Visual Epidemiology is constantly entertaining new ideas. Some will work, others will not. Success is not based on a completed product but rather the product’s ability to  foster a better understanding of global health by pushing the boundaries of creativity and innovation. 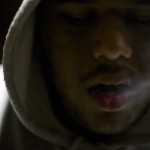 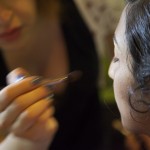 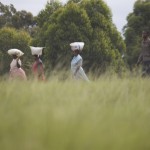 Decisions (tentative) is a novel, interactive narrative film project following out the health decisions faced by various high-risk populations for diseases such as smoking related illnesses, HIV and other STD’s, and drug related issues, among others. Following the life of statistically high risk individuals – an indian youth, a sex worker in Thailand, and a married woman in sub-Saharan Africa, for example – Decisions will interactively engage the viewer to actually make various decisions for the character on the screen. Filming for a wide variety of outcomes to account for the multiple decisions posited, and using statistical algorithms based on the health choice from the viewer, this novel interactive medium will simultaneously engage and educate viewers on the realistic possible outcomes of high-risk behavior. 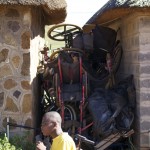 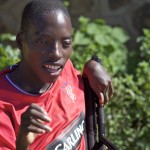 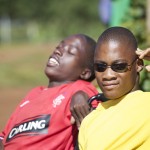 Both born in rural Africa with cerebral palsy (CP), best friends Mike and Chris have no use of their lower and limited use of their upper body. Despite their physical impairment, Mike, a self-proclaimed ‘charmer’ to the ladies, and Chris, who describes himself as the ‘strong silent type,’ are excelling in school and both DJ at local clubs. Helpless is a real-life documentary that addresses CP research and conveys their intelligence and skill set through the narrative of their unique friendship – best described as ‘compatibly contrasting’ personalities.

I Will Survive (tentative title) (Forthcoming)

I Will Survive is a narrative short film investigating disparities in access to healthcare. The story follows an elderly Chinese woman living in the inner city as she becomes diagnosed with cancer and struggles to find access to care. As she works the local Chinese market to pay for treatment, her family members do everything in their power to contribute. However, dogged with low paying jobs and little support from the government, her fight is becoming ever more uphill. As the family continues to seek support, the film ends leaving the viewer questioning her outcome, and coming to the stark realization that the family has not been living in urban China, but rather the Chinatown district of inner city Los Angeles. The film seeks to highlight the 50 million Americans that have barriers to treatment, and create a likeness to those living in developing countries: who are often the only ones we perceive as those unable to access care.

Have an Idea that explores innovation in public health?